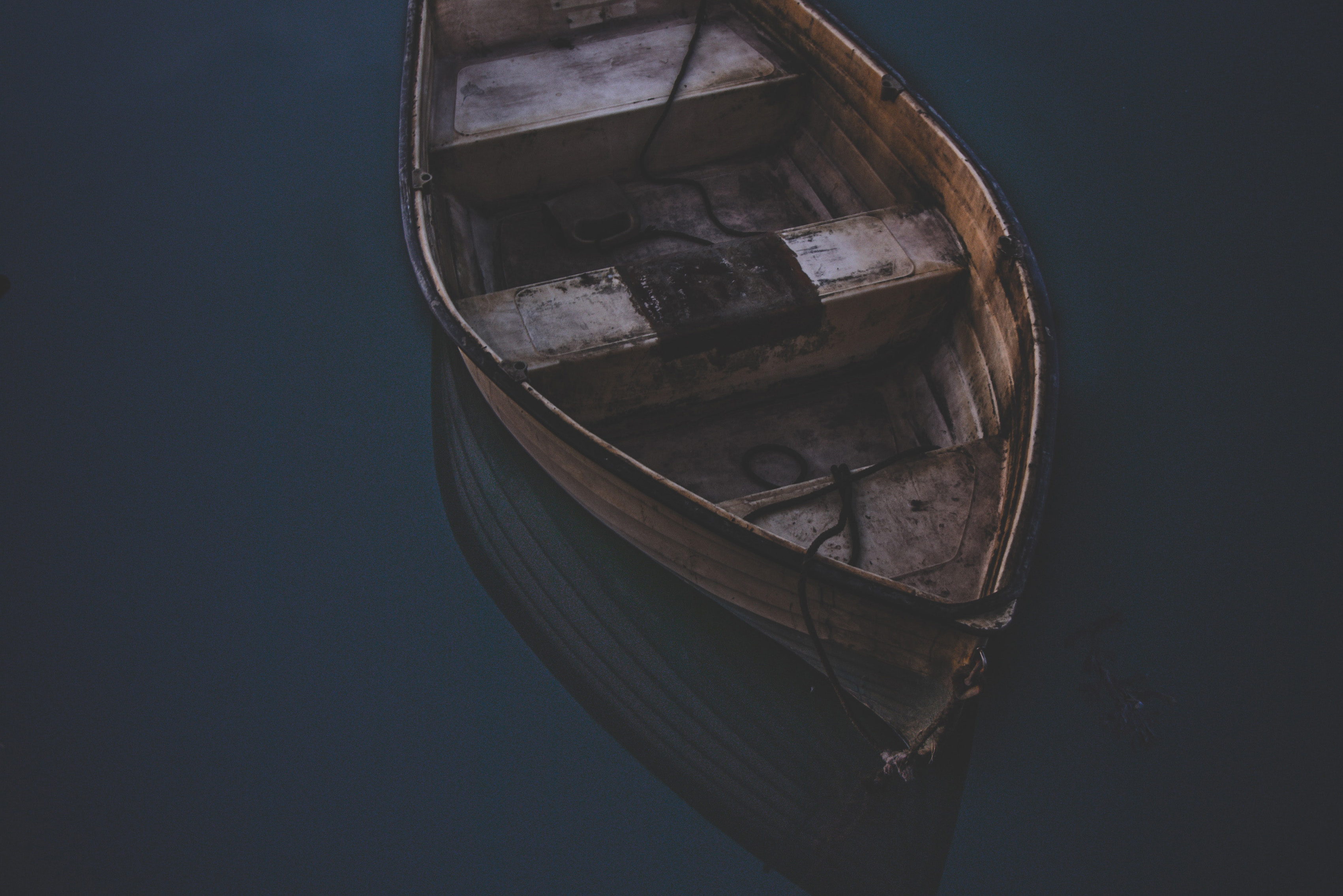 This is an honest and very individual account of my experience dealing with my Mother’s mental illness. Personally, I do not like the word ‘mental’ because it has so many connotations. Rightly or wrongly, I prefer the word emotional.  I have never written about this before and yet now feels the right time for me and the purpose of this will be two-fold:

Firstly, I believe it’s time for me to share this and turn what was a traumatic period of my life into something purposeful; which may help others.  After all, it’s 20 years since it happened, so enough water has gone under the bridge.

Secondly, I believe it will be cathartic for me and a way of completely letting go of the trauma.

So, I’m taking a very deep breath and diving right in.

Twenty years ago, my Mother attempted suicide not once but twice in her early 70s – in fact, it was almost a year to the day between the first and second attempt!  She was suffering from chronic depression, yet was otherwise fit and healthy.

She died 3 months after the second attempt in October 1999, aged 74, supposedly of pulmonary embolism. She left a loving and devoted husband (my Father) and three daughters. I was the only one who lived close by. There were no money problems.

With regard to the pulmonary embolism, my gut instinct was and still is that all the tablets she had taken in the two attempts had, at the very least, contributed to her demise.  (She was wily and had saved up the prescribed medication and took an overdose along with alcohol.)

NB:  Just because someone is depressed, does not mean they are not capable of being devious and planning for ‘the event.’  I know you can’t monitor someone in this situation 24/7; however, it is worth bearing this in mind.

The illness was caused by issues, many from childhood, which had never been resolved.  Sadly, my parents’ generation didn’t understand how to handle emotional stuff so it just got swept under the carpet.

In my Mother’s case, it was like a volcano with the lava being suppressed until there was nowhere else for it to go but out. Yet through all the years of depression, she never once cried; she just kept stuffing it down. I asked her why and she replied:

“Because if I start, I’m scared I’ll never stop.”

It was exactly what she needed to do – cry that is.

Would that I had the wherewithal then to insist that she do so, perhaps it would have been the saving of her.  Sadly, I’ll never know.

Whatever your emotions, please do not stuff them down, as that negative energy will only increase.  Find a way to release them.  These days, energy healers are common place and when you find the right one, he or she can contribute to helping both the sufferer and the supporter.

Going back in time, I didn’t actually know how bad things were, because my parents kept it from me. I was always considered to be “too sensitive”.  Until one day, I received a phone call from my Father in which he announced, rather gruffly, that my Mother had been taken into St Anne’s hospital.  St Anne’s was the local psychiatric hospital, about 10 minutes away from me.  What a bombshell! Imagine my surprise.  It was as if I had been run over by a steam roller.

I was reeling with shock and anger and stuttered:  Can I go and see her?  To which he replied, I’ll need to find out.

If memory serves me well, he rang again the very next day to let me know I had permission to visit.

The first time I walked into that hospital and bearing in mind I was on my own, I had to summon all my inner strength and reserves to put on a happy face, because I was expected to do so.  I had no way of knowing exactly what I was about to witness.

My Mother looked like a shadow of her former self, deflated, quiet and small – not the feisty, bossy Mother of yesteryear.  Not surprising really, as she had just had electric shock treatment.  What a horrendous therapy.

Witnessing this was one of the hardest things in my life.  Helplessness, guilt, anger and a myriad other emotions, all jostling for attention.

Apparently it does work for some people; though regrettably she was not one of the lucky ones.  I was not at all happy about the ethics of this treatment. I felt powerless to do anything, because the dynamics in the family were such that I didn’t actually have a voice.

On a different note, I remember one occasion when we were walking around the grounds of St Anne’s – it has extensive gardens overlooking Sandbanks beach which is spectacular.

Somehow a conversation followed that staff had asked her if she was still feeling suicidal and she said no.  It wasn’t true. She had worked out that if she said yes, they would have restricted her movements and we would not have been able to go out walking around the gardens or sit on the benches overlooking the sea. We did this numerous times, when the weather permitted.

Yet again, proving that because someone has severe clinical depression, it doesn’t make them stupid!

One of the particular challenges I had to cope with, was actually my birth family.

My younger sister is a doctor and she used to come down from London periodically and meet with my Mother’s medical team, along with my Father, to discuss her circumstances.  I was never privy to those meetings. That hurt.

What was lacking in my family for me, at least, during this emotional time was equal communication.

I think it’s vital to ensure that all close members of the family who want to be involved are communicated in a way that makes them feel included, otherwise it can be very painful for them, on top of the suffering they are already experiencing.

So life went on and my Mother was in and out of the psychiatric hospital and sometimes the general hospital I guess over a couple of years, or possibly more.

Since both were close by, I visited on a very regular basis.

I remember one occasion, when we were in her room, lying on her bed together and this was before she had ever attempted suicide, so I didn’t know what was to come.  She told me that she felt like committing suicide and my response was, well if you do, make sure you don’t use paracetamol, as I understand that is apparently an excruciatingly painful way to go.

I was under the illusion that people who talked about it, never actually tried, hence my response.

As you can imagine, I was mortified later on when she did try.

In 1998, in a matter of only weeks, I lost my best friend to cancer and my Mother almost died.  During this traumatic period, my life was literally turned upside down and consisted of little more than work and hospital visits.

However, I’ll be honest with you, it was taking its toll on me.  I took the decision, which was really difficult to make, to cut down on the visits.  I was fortunate in that my Father was visiting twice a day, so it wasn’t as if she had no visitors.  I still felt guilty though and at the same time there was resentment, I’m sure, since my younger sister, not being in the same location, only visited rarely.

It’s OK to take care of yourself.  I know there is very likely to be guilt but you are not responsible for whatever is happening and you can only do your best.  As they tell you when you’re on an aeroplane, if the oxygen masks drop, make sure you put yours on first before you help anybody else.  As tough as this may seem, it’s sound advice.

To be perfectly honest with you, it was a relief when she died.  Of course there was sadness too.  However, experiencing someone close to you attempting suicide once is hard enough to bear; more than once is beyond tough.

Then of course, the grieving process kicked in and that brought its own challenges.  My Father was amazing – he was crying so much – it was just spewing out of him which must have been tough for him, considering the era he grew up in which was definitely “big boys don’t cry” and “stiff upper lip.”  My younger sister and I encouraged him to cry and since he was intelligent, he did.

He also became an advocate for his generation to cry when they lost their loved ones and would ring up cousins and friends to ask:  Have you had a good cry lately and if they said no, he’d tell them to get on with it!

I always felt I couldn’t cry in front of my family, though, as I had been brought up to go to my room, if I cried.  Rather paradoxical really but tough on me.

Having completed this article and reflected on my actions, I actually feel proud of myself.  I did support my Mother to the absolute best of my ability; I also supported my Father.  I remember him saying one day that I was a very good daughter and now I can own that and finally let go of the grief.

Let’s be honest, whatever the mental illness that you’re dealing with, it is tough and don’t let anyone else tell you otherwise.  It’s important to acknowledge it.  I do hope that you’ve found this helpful and before closing, I’d like to share some more tips with you, which I do hope you will find useful.

I wish your loved one Godspeed and much love to you both.