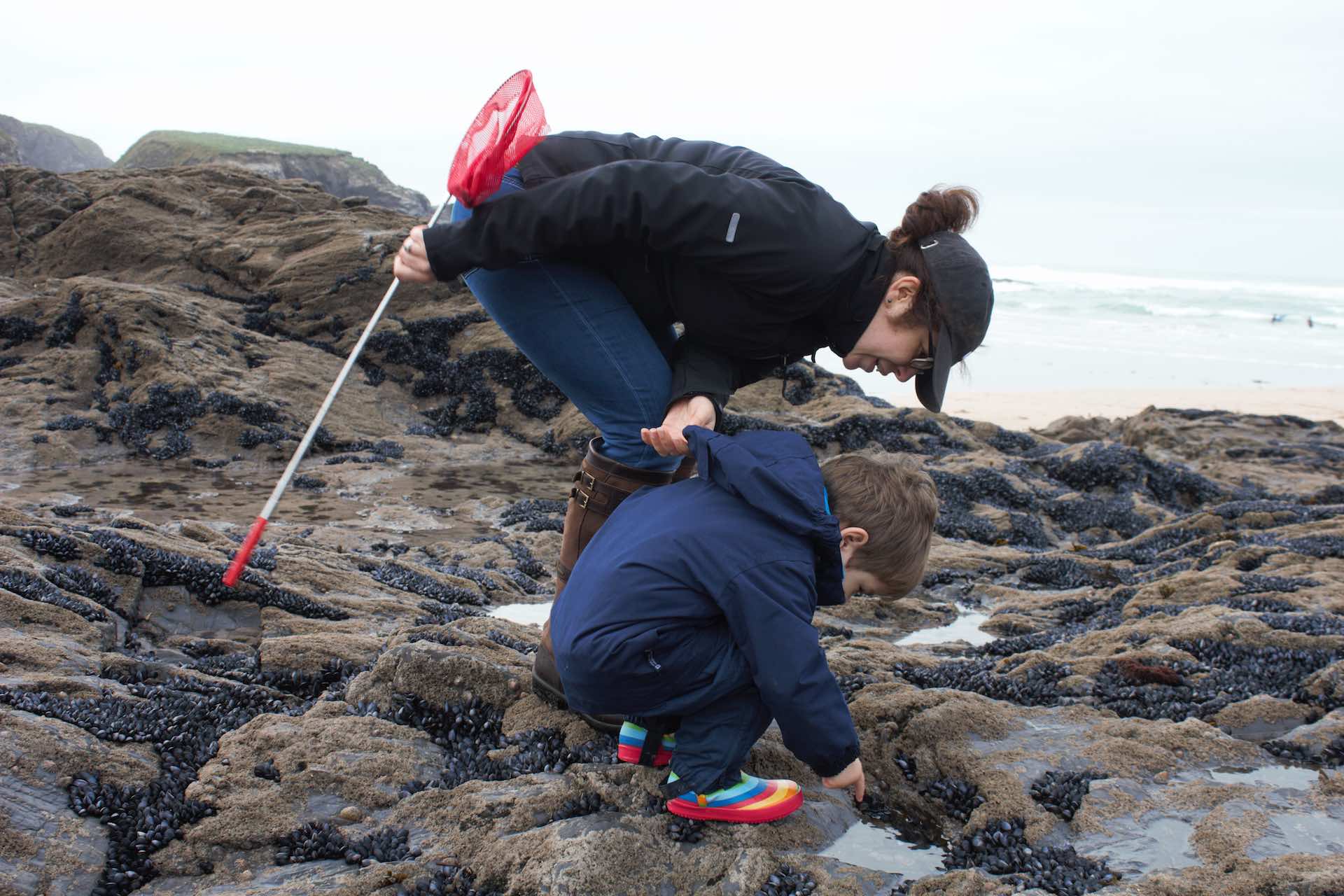 I’m a strong woman, I was raised by a strong woman. For many years I was resentful of my mother for taking such a tough line with me. One of the last things she said to me before she lost her battle with cancer in 2015 was “I’m sorry I was so tough on you”. WHAT A GIFT SHE GAVE ME!

That strength has helped me get to where I am today, it has helped me navigate through some extremely difficult times during the last 6 years or so.

This is a long story so I will do my best to keep it brief and share with you what has kept me going when I am a Rock for so many around me.

In the summer of 2018 my Husband was diagnosed with Depression. He had been avoiding going to the doctor for a very long time. In the end it was an ultimatum, a tough line yes, here is why.

When our son, Patrick was born both Richard and I were considered older parents, I was 38 and Richard was 41. We both had successful careers, I’m an Accountant and Richard is an IT Manager, so we were living a comfortable and flexible lifestyle.

We had our spare time, we could do our own thing and follow our own hobbies. Richard enjoyed renovating his classic cars and he finds this very cathartic.

I was able to keep a tidy and uncluttered home, which I needed for my head space.

We dived a lot, all over the UK and around the world. In fact we met on a diving holiday to Sudan. I knew the moment I saw Richard I wanted to be with him!

As a couple diving was incredibly important to us. We did some pretty hardcore stuff and it was our escape and our passion.

Then our amazing and adorable Patrick came along, and the journey of parenting began. What a blessing and amazing privilege it is to be a parent and absolutely the hardest thing a couple can ever do together!

Richard found the change difficult and I noticed him starting to withdraw. The more he withdrew the more I felt I had to step up. Eventually he didn’t know his role and I just got on with things without him. It was a self-perpetuating cycle. Richard lost his time to renovate the cars (at least for the time being, I am certain there is going to come a time when I loose them both to the garage!) and I lost my tidy house, wow my head is bursting now!

The diving, well we tried that, it didn’t work. To do the diving we did you have to keep your hand in, you can’t just jump in. Also I suddenly realised that we were doing dangerous stuff and it wasn’t just about me and my risk anymore, I had a wonderful little boy to consider. So this space went, again at least until Patrick can join us.

As Patrick grew, things became worse. Richard didn’t have much tolerance and Patrick started to feel his frustration as Patrick become more aware. This put more pressure on me as Patrick wouldn’t be with his dad he only wanted his mummy.

I became trapped and felt I couldn’t leave them on their own together and so lost touch with many of my friends. What was worse they didn’t know why I was no longer coming out. Richard hadn’t yet been to the doctor and Mental Illness has only recently been talked about so freely, so I didn’t know what to say or who to trust.

During this time I also lost my mother to Cancer and took my career in a very different direction.

I wanted to be around more for Patrick so I decided to set up my own business. This wasn’t the easy choice by any stretch, and it has put us under tremendous financial pressure and was a huge career risk for me.

So here I was raising a child in a house with one parent suffering from depression and refusing to get help, recovering from my own loss and trying to build a business.

Then I noticed I was starting to become very impatient with Patrick, I would snap and we would have some blinding arguments! These were hardly ever his fault, it was all my ‘stuff’ he was just being a kid, pushing boundaries as any small child should.

I noticed that I would often shout at Patrick because I wanted Richard to hear me, to notice that I needed to be seen, that I needed his help and engagement. That doesn’t work, because with depression they don’t have the resources to notice.

I therefore had to get myself back on an even keel and I started on a journey of awakening. Getting to understand myself, my feelings, my emotions, to start to be kind to myself. Every morning I would listen to a podcast, Audible has become my life line.

This time in the morning became my space, my personal indulgence. As I got ready for the day ahead I would listen and learn. I would listen to all sorts of things from Ekhart Tolle, to Tony Robbins, to Oprah’s super soul Sunday. My current favourite is Brené Brown, she is brilliant and so honest and real!

I now practice gratitude and that has opened me up more than I could ever believe possible. Now I fill myself up with love, without the need for someone else to do it.

When Richard doesn’t have space for me, I get it, he is full at that point, coping with his Black Dog (to quote Winston Churchill) and that’s okay, because I already feel love and I can get on.

Richard is now on Anti-Depressants and is having CBT therapy and I am following my own process to give me the resources I need. If I feel myself slip and getting overwhelmed, I will also go and meditate for a few minutes, that gets my head back to where it needs to be.

The Anti-Depressants haven’t cured Richard, they don’t do that, what they have done is given us space. The space to breathe and gain perspective, to take a pause and understand, to build resilience and to communicate. With that we have the foundations to move forward together and continue to grow as a family.

The most amazing bit; here is what Patrick said to me the other day “Mummy, I love daddy as much as I love you now.” My heart melted and I could see our future as a strong family who have been brought closer together.

This is the start of my story. I have many others in my life who I am close too who suffer from mental illness, one who’s illness was so severe he sadly passed away in November 2018, he was 44.

I think my journey has been about bringing The RockPool to others and everything I have learned along the way is to enable this to happen. I believe this is my purpose.